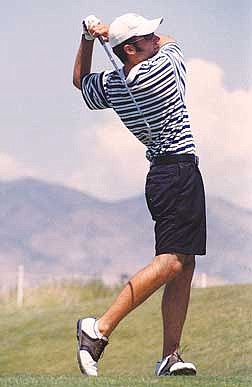 Photo by Brian CorleyBilly Harvey watches his ball of the 15th tee at Dayton Valley Country Club on Thursday.