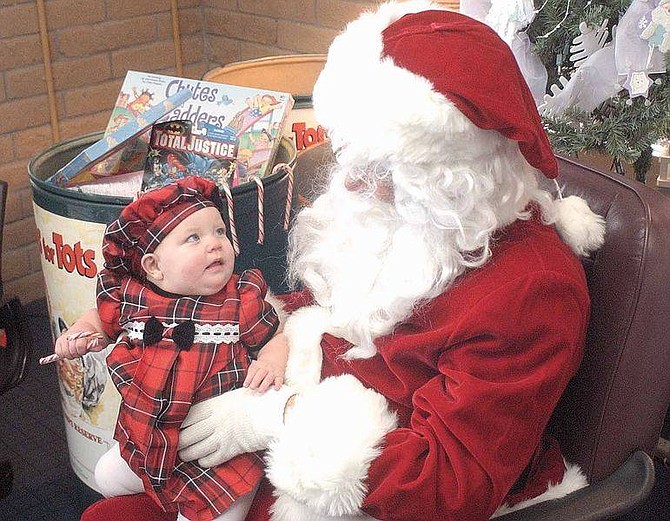 Brian CorleyZoe Stewart, 8 months, looks up at Wendell Ferris who is dressed up as Santa Claus at a collection site for the Toys for Tots program. Children brought toys which will be given to families that need them for a chance to sit on Santa&#039;s lap and have their picture taken.