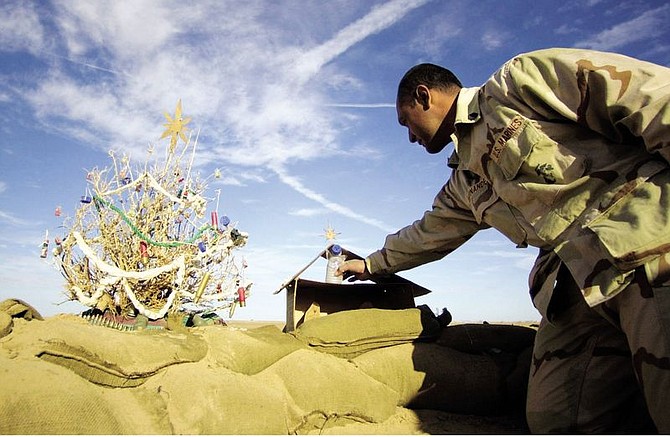 Gunnery Sgt. Aniceto Hernandez, from Bakersfield, Calif., adjusts an angel made of a water bottle on the Nativity scene he constructed from a ration box at the edge of his fox hole on Camp Rhino, Afghanistan, Saturday, Dec. 15, 2001. Hernandez and his Marines also made a Christmas tree from a local bush, left, and decorated it Marine-style: shotgun shells, bullets and water bottle caps. (AP Photo/Earnie Grafton, Pool)