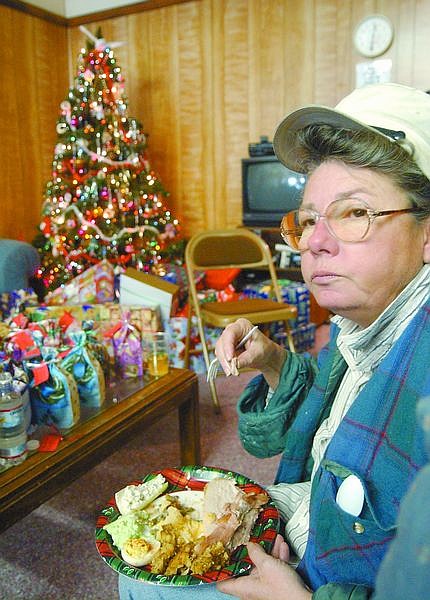 Lin Lennon sits in the Jubilee Center in front of a Christmas tree eating her free Christmas dinner. The center, which helps those in need, gave out a free dinner to its members who have sought help. Photo by Brian Corley