Plane that hit Trade Center had been bound for LA 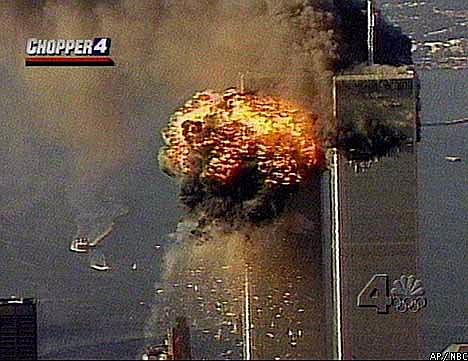 NBC photo via Associated PressSmoke and fire surround the upper floors of the World Trade Center in New York City, Tuesday, Sept. 11, 2001, in this image from television, after a second plane crashed into the building. Planes crashed into the upper floors of both World Trade Center towers minutes apart Tuesday in a horrific scene of explosions and fires that left gaping holes in the 110-story buildings.