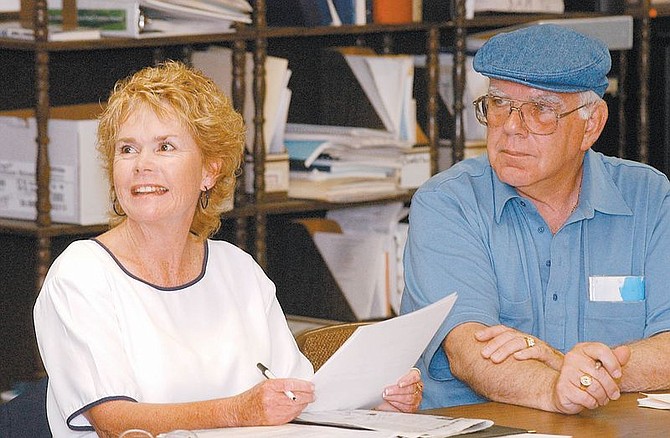 Nevada Assemblywoman Bonnie Parnell sits next to (will call in) at the State of Nevada Employee dept during a meeting of the Democratic Party meeting tuesday evening.