Local woman trying to get baby afghans to NYC 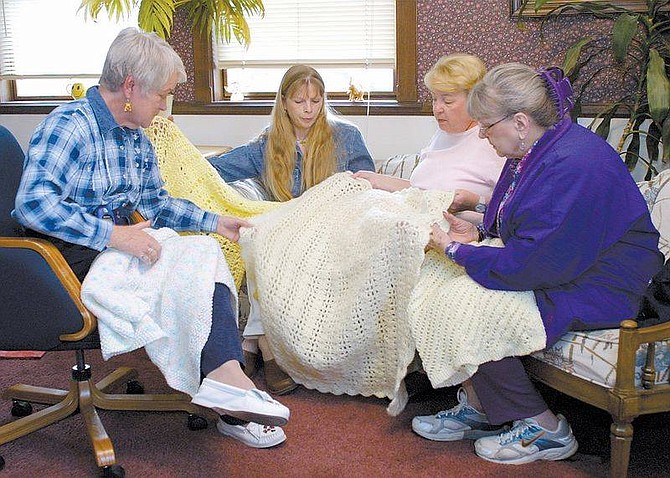 Photo by Cathleen AllisonVolunteer afghan makers, from left, Donna Peak, Barbara Spears, Jackie Welch and Millie Tlachac look through some of the 91 donated baby afghans intended for children born to fathers killed in the New York City terrorist attacks. Peak organized the effort which attracted 75 knitters, but is still looking for a way to get the afghans to children in New York City.