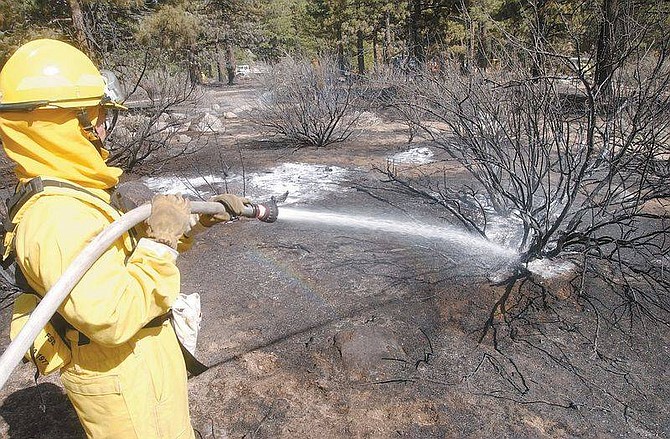 Photo by Brian CorleyJana Maas with the Reno fire department hoses down a burnt bush after a brush fire burned close to four acres in Washoe Valley on Sunday. Despite high winds and dry brush, fire fighters were able to put out several small fires in the area as fire season has gotten off to an early start.