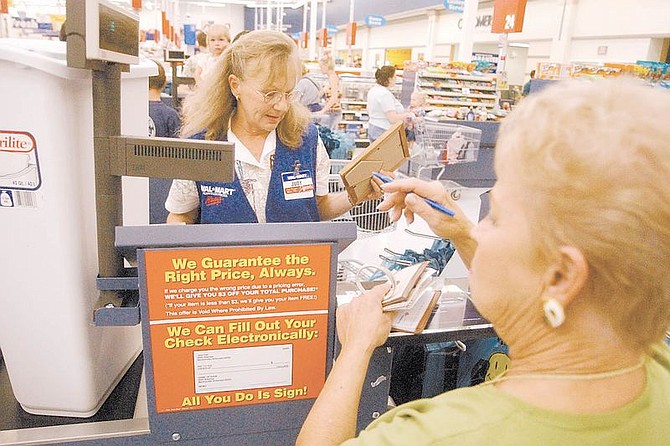 Photo by Brad HornJudy Malo, left, of Dayton, rings up a picture frame for Donna Rockey, of Gardnerville, at the grand opening of the Wal-Mart Supercenter on Wednesday afternoon.