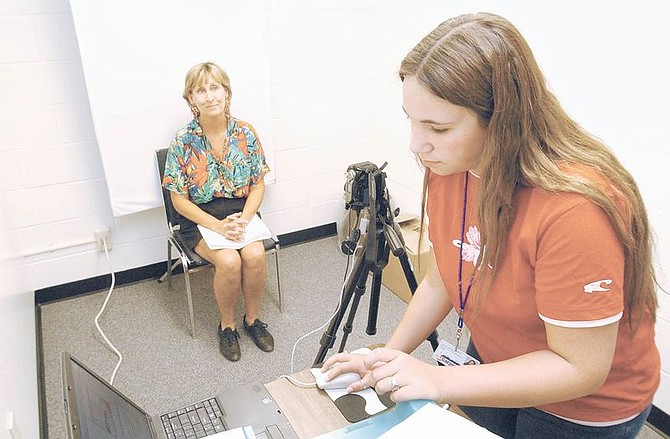 Becky Murway of the Carson City School District, right, photographs Fritsch Kindergarten assistant Teri Clark for a photo identification badge. Employees throughout the district are now required to wear the tags as a way to heighten security. photo by Rick Gunn