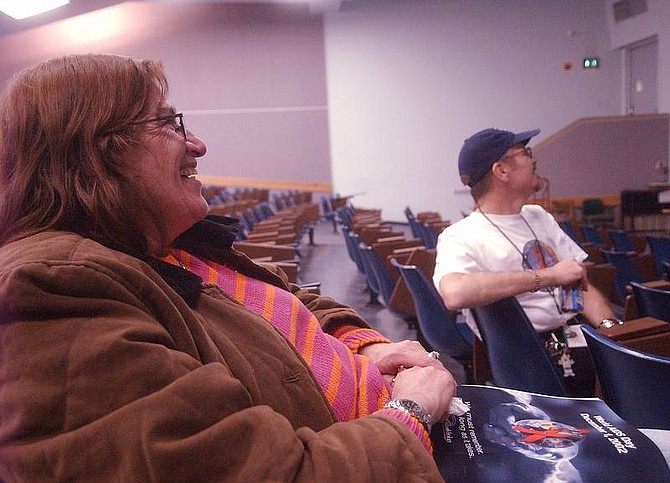 Photo by Brian CorleyAndrea Katz, left, and Jim Welsher sit in an auditorium at the University of Nevada Reno watching a video of the MTV documentary &#039;Staying Alive.&#039; The documentary was shown as part of the AIDS Awareness week. Both Katz and Welsher are HIV positive.