1,000 turn out for capitol tree lighting 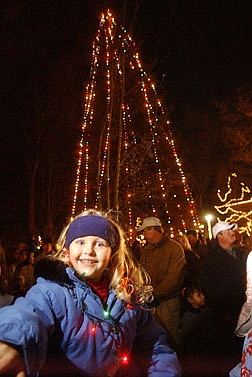 Emilie Barnes, 5, sits in front of the Christmas Tree that was lit Thursday evening at the Capital steps. Nearly 1,000 people came to the event to listen to christmas carols and see Santa Claus. Photo by Brian Corley