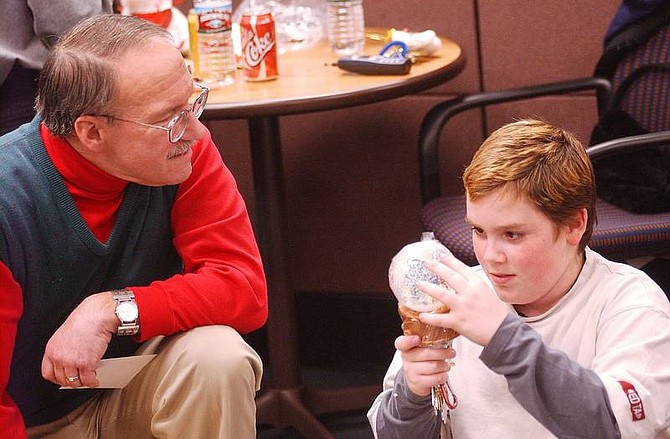 Brian CorleyJohn Lagios watches the boy he has mentored for almost a year, Adam Douglas, 10, play with a snow globe at the Mentor Center&#039;s holiday party at the South Carson Street Wells Fargo Bank Wednesday evening.