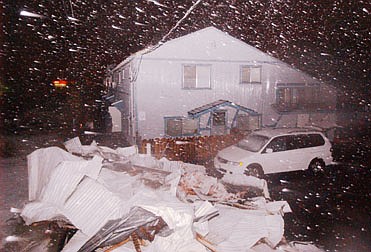 Portions of the roof to the Cherry Creek Apartments lie in the back parking lot of the structure Saturday night after wind blew the roof off. The apartments were condemned temporarily by the Carson City Fire Department. Photo by Brian Corley