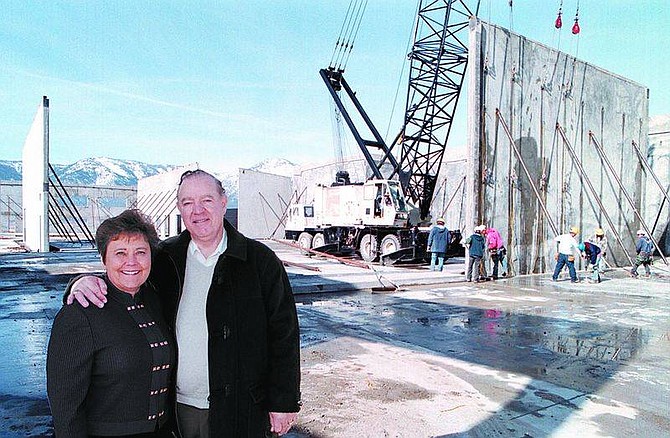 Cathleen AllisonDARJA Labratories owners Drs. James and Darlene McCord are shown in February of 2000 during construction of their 90,000 square foot pharmaceutical company at Airport Business Park in Minden.