Glover to run for third term 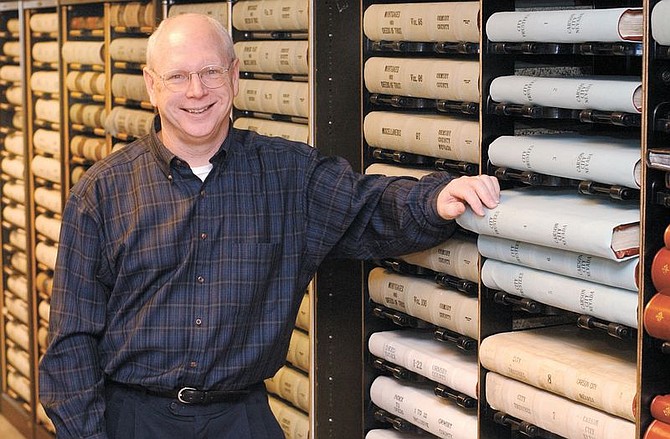 Carson City Clerk and recorder Alan Glover stands near his office in the Public Safety Building Thursday morning. He is running for re-election. photo by Rick Gunn.