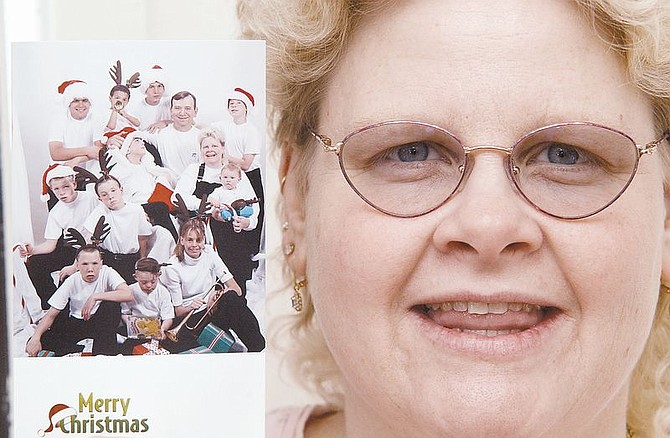 Roberta Simon holds a photo of her adopted family Friday afternoon. She was nominated by her sister to be a olympic torch bearer. photo by Rick Gunn