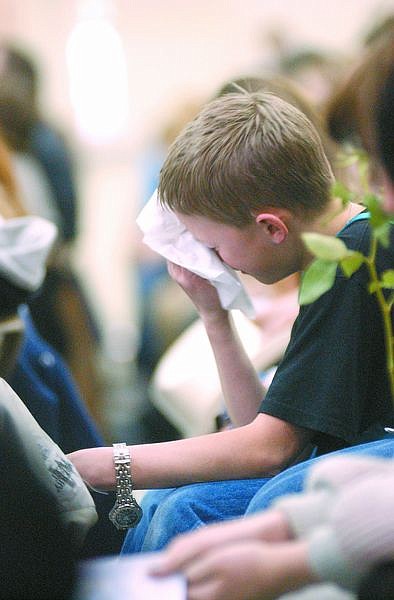 Walter Ball, 13, overcome with greif, wipes his eyes, during a memorial at Silver Stage Middle School for Karen Hatcher Friday after she was killed in a freak car accident along I-80 Monday morning. Photo by Brian Corley