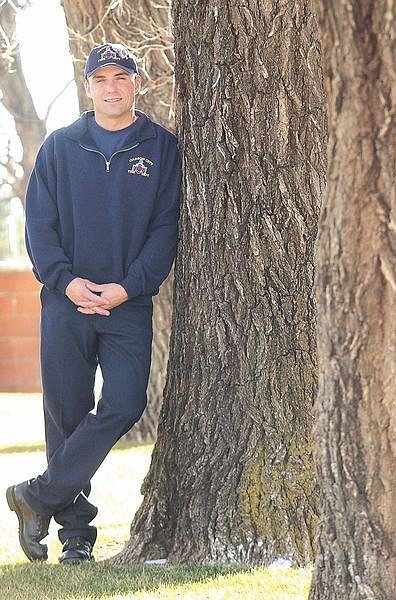 Carson City Firefighter Mike Santos will run the Olympic Torch along a portion of Carson Street on Monday. He is pictured here friday afternoon in front of station #1 and found out about the honor Wednesday. Photo by Rick Gunn