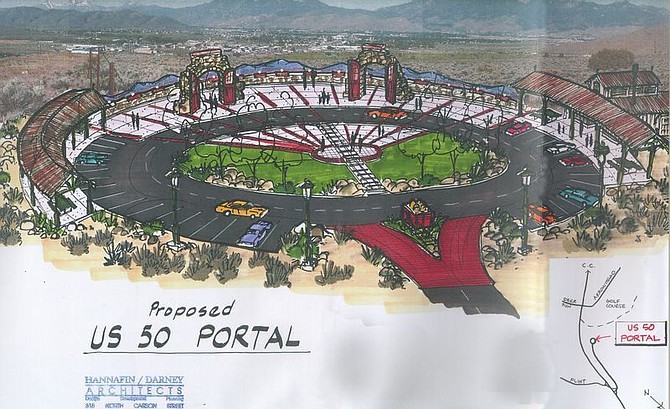 The entrance to Carson City on Highway 50 East could be enhanced by a portal such as the one in this artist&#039;s concept. The portal rest stop includes historical elements, such as the stone arches saved from the old V&amp;T Railway yard, and information about Carson City.