It's almost as hot as it gets 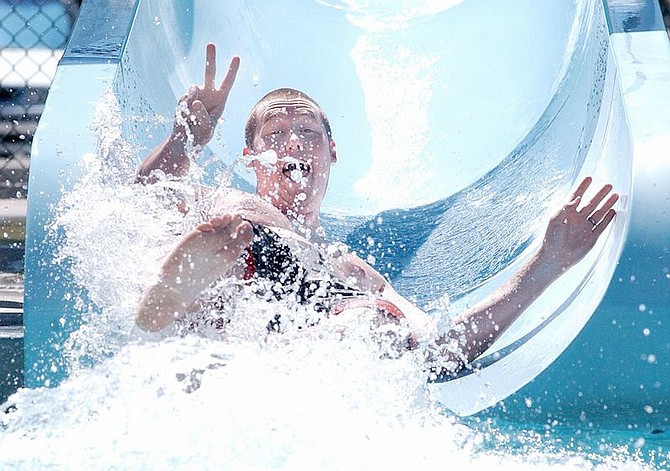 Andy Bucy of San Diego cools down on the water slide at the Carson Aquatic Center Tuesday afternoon. photo by Rick Gunn