Weather sends a mixed bag through the area 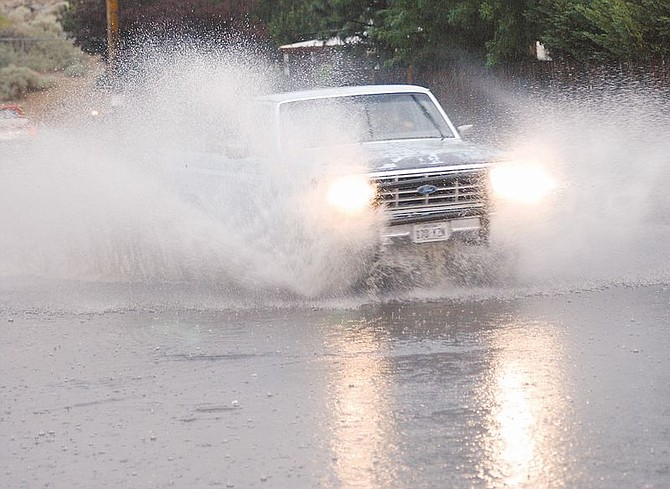 A pick-up truck drives west along a flooded portion of East Winnie during a brief downpour Saturday afternoon. Photo by Brian Corley