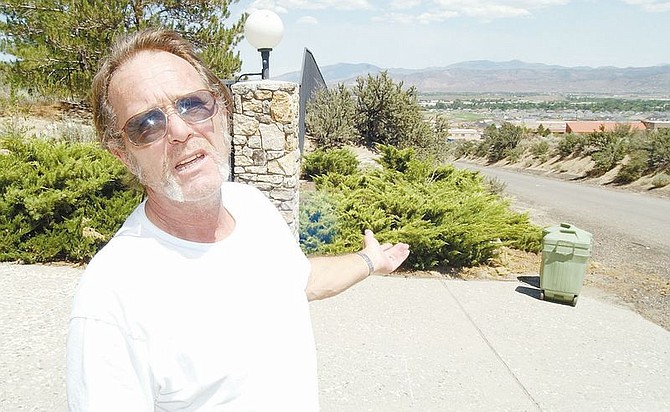 David Thompson complains from his driveway about the noise emitted from an air conditioning unit atop WNCC.