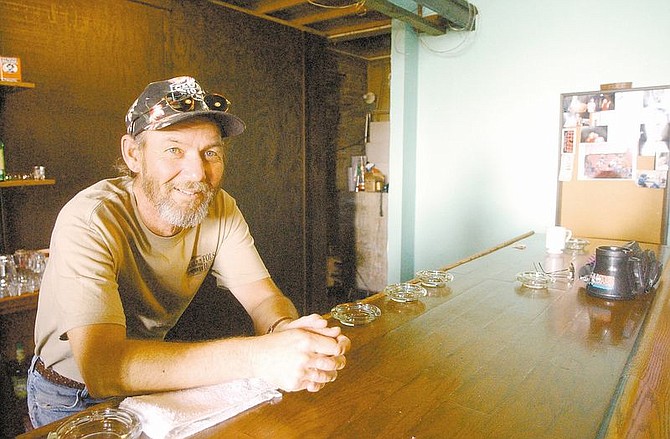 Chuck Haynes stands behind the counter at his new bar, The Shaft, in Virginia City Sunday. Haynes is running for his third term as Storey County Commisioner. Photo by Brian Corley