Mother is moved by community's response to son's illness 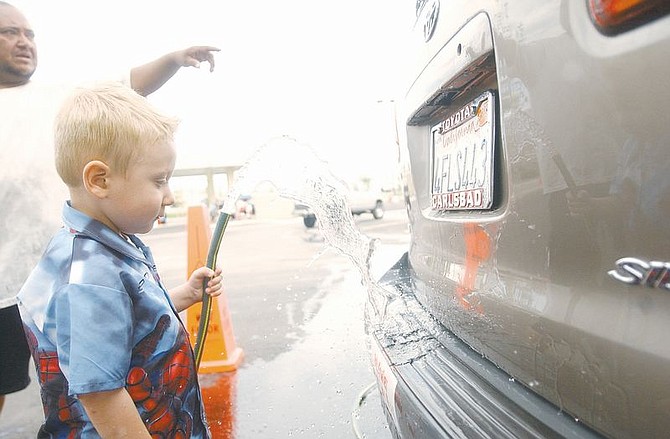 Daniel Morrison, 3, washes soap off a minivan at car wash to raise money for his cancer treatments Sunday as his mother&#039;s fiance, EZ Ugarte, helps point out palces for him to wash off more soap. Morrison has already had two surgeries and will under go an MRI on Tuesday in Sacramento, Calif. to get an update on his cancer. Photo by Brian Corley