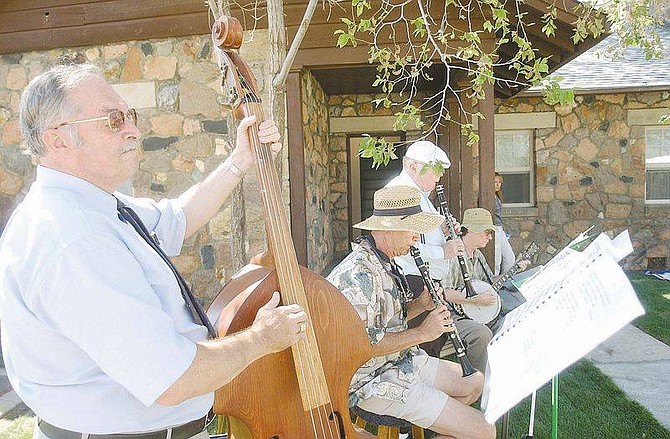 Photo by Brian CorleyMonte Fast director of Friends In Service Helping, plays the Base at the grand opening of the Wylie shelter. The house sill act as overflow to the FOCUS House located just one block away. The public was given a chance to tour the house even as it was being used by seven people.