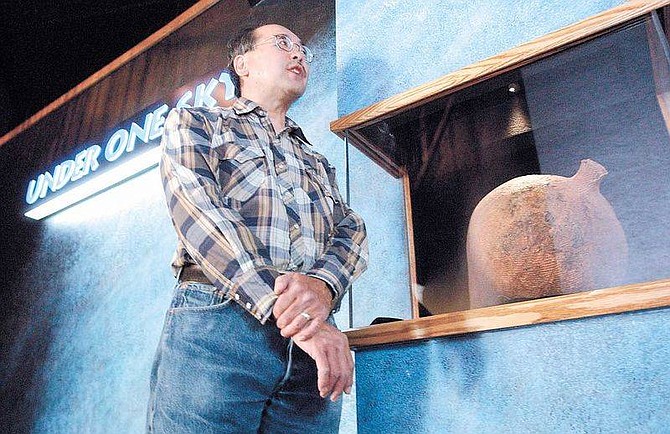 Photo by Rick GunnEugene Hattori, PH.D. and curator of Anthropology for the State of Nevada stands near and early water container on display for tyhe Under One Sky exhibit which is under construction at the Nevada State Museum.