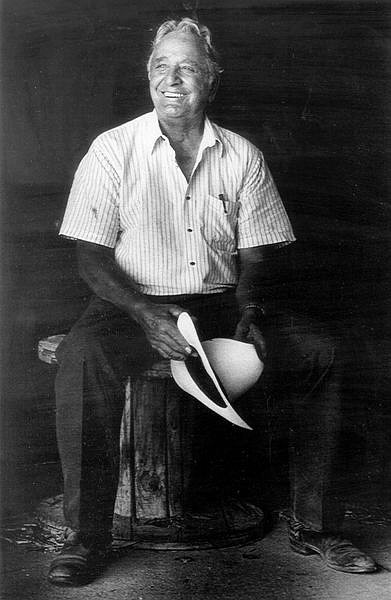 Former state Sen. Floyd Lamb takes time from chores on his ranch near Alamo to reflect on his life on Aug. 145, 1989.