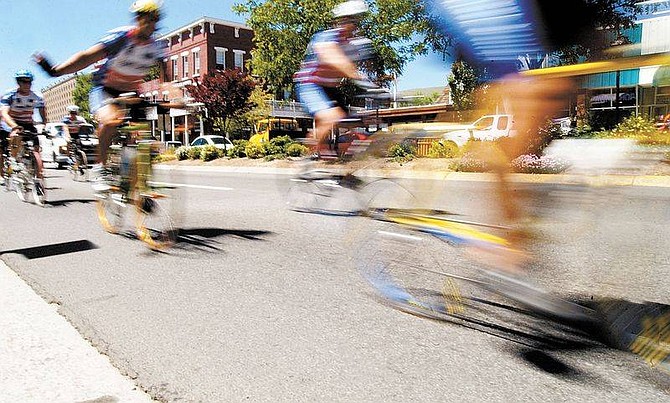 Photos by Rick GunnSeventy Journey of Hope cyclists, above, rolled past the Capitol Mall on Thursday after riding from Markleeville, Calif. The group is riding across the United States to raise awareness about people with disabilities.