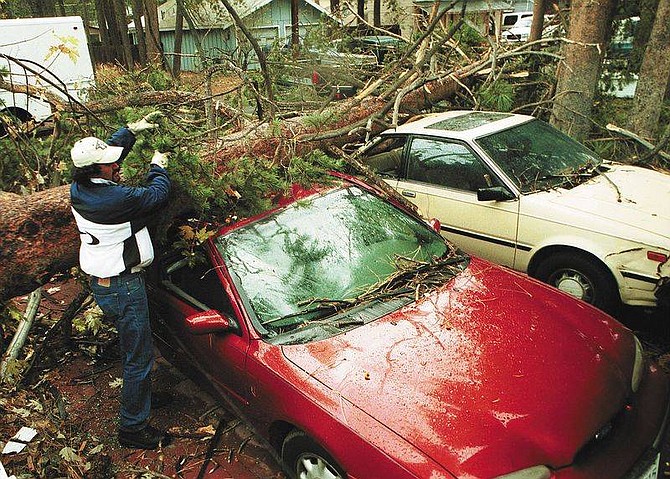 Photo by Jim Grant, Nevada Appeal News ServiceWhile waiting for a tree remover, Luis Ramirez clears broken branches from a car he borrowed from a friend.