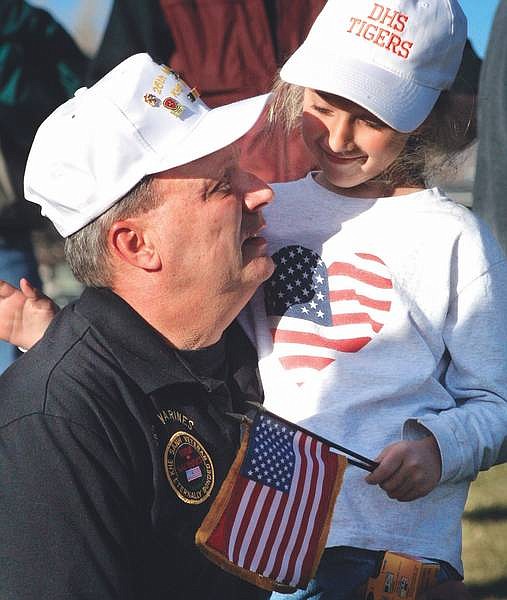 Photo by Cathleen AllisonSteven Orr and his daughter Katie, 7, of Gardnerville, share a quiet moment following the dedication ceremony for the state Vietnam Veteran&#039;s Memorial at Mills Park on Monday afternoon.