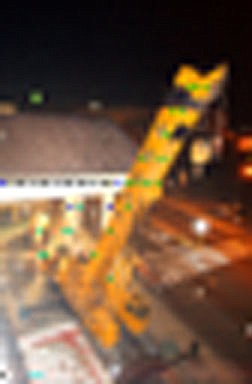 Brian CorleyThe Greco-Roman-style roof structure on the east side of the Ormsby House, known as a &#039;portecochere,&#039; was set to be removed early this morning by a huge crane. The project closed one southbound lane of Carson Street for several hours.