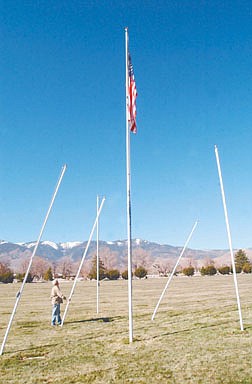 Rex Jennings volunteer for the Lone Mountain Cemetery stands next to the flagpoles in the Vets graveyard that were vandalized Tuesday night. Photo by Rick Gunn