Hundreds feast for free at Nugget 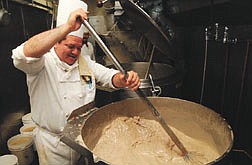