Walker Lake in danger of drying up 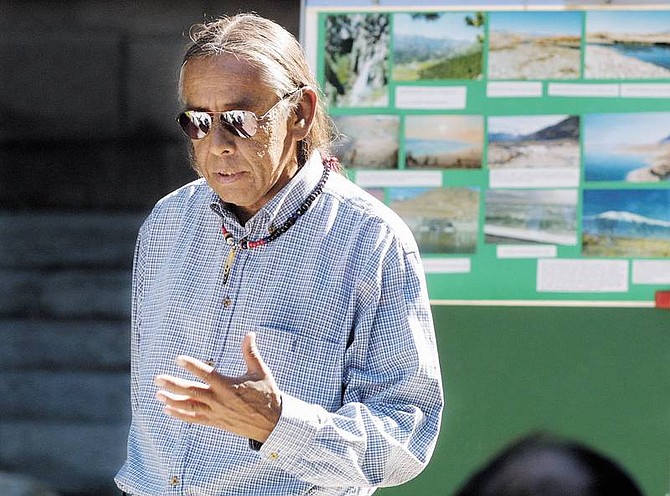 Cathleen AllisonTribal coordinator Ray Hoferer speaks at a press conference at the Capitol on Tuesday. The press conference was called by a group trying to preserve Walker Lake. The lake advocates warned of litigation unless authorities get more water to the dying desert lake.