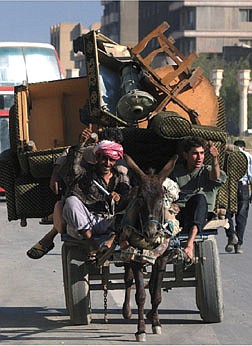 Looters give the thumbs up as they cart away a sofa and chair from a government office in Baghdad Friday, April 11, 2003. (AP Photo/Kyodo News, Koji Harada) MANDATORY CREDIT