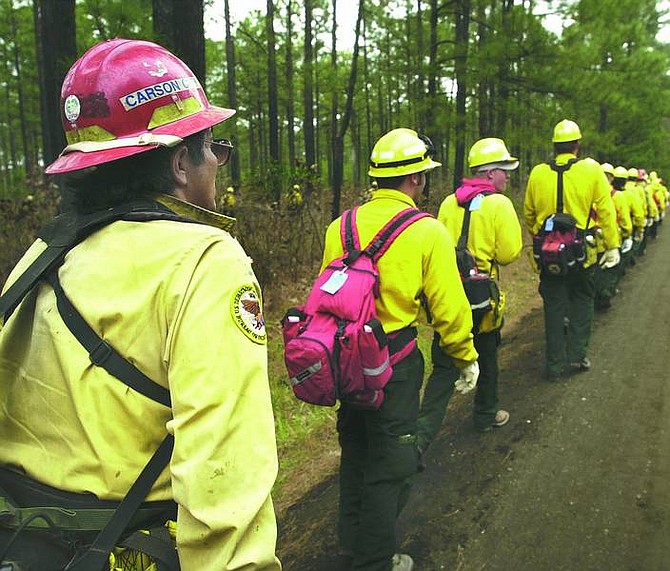 Photo by Joel Andrews/The Lufkin Daily NewsThe Carson City, Nevada search crew walk to a rally point, Wednesday, February 19, 2003, near Hemphill, Texas. Search and rescue teams from across the United States are converging on Hemphill to assist in the continuing search for debris from the shuttle Columbia.