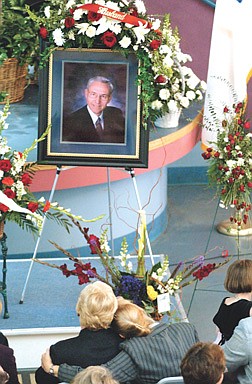 Rita Plank, bottom left, gets a hug from stepdaughter Briana DiIorio at a memorial for her husband Jon Plank Friday morning at the First Presbyterian Church. photo by Rick Gunn