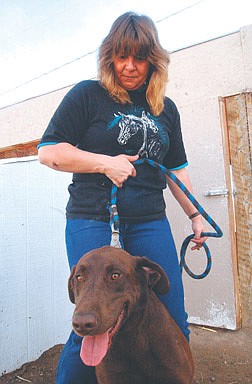 Janelle Davis of Mark Twain holds a chocolate lab that she cared for after she found it with a severely cut paw Sunday. She brought the dog to the vet and is searching for its owner.