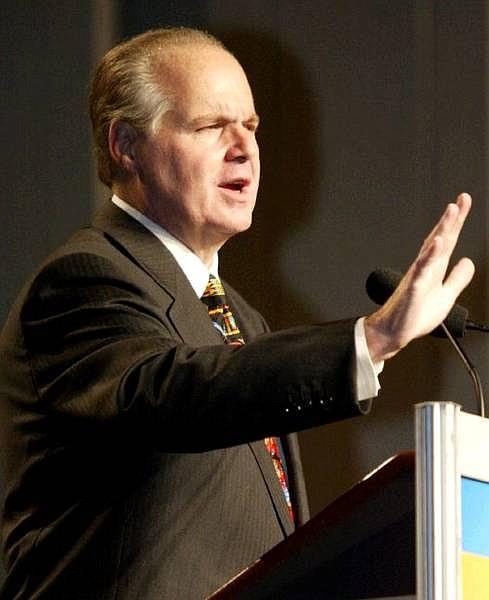 Conservative commentator Rush Limbaugh gestures while speaking during the National Association of Broadcasters convention Thursday, Oct. 2, 2003 in Philadelphia. Limbaugh said Thursday he resigned as an ESPN sports analyst to protect network employees from the uproar over critical comments he recently made about Philadelphia Eagles quarterback Donovan McNabb. (AP Photo/Joseph Kaczmarek)