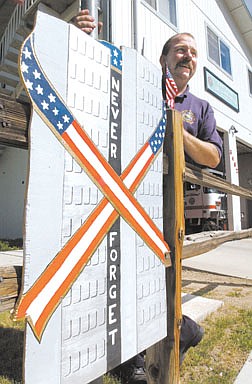 East Fork Fire and Paramedic District Company Officer John Bellona stands next to the 9/11 memorial they have posted outside the Indian Hills Firestation.