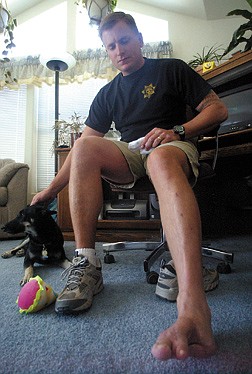 Marine Corps Staff Sgt. Bill Murwin talks about how he lost part of his foot when a grenade landed in the Humvee he was in while in Iraq. &#124; photo by Brad Horn