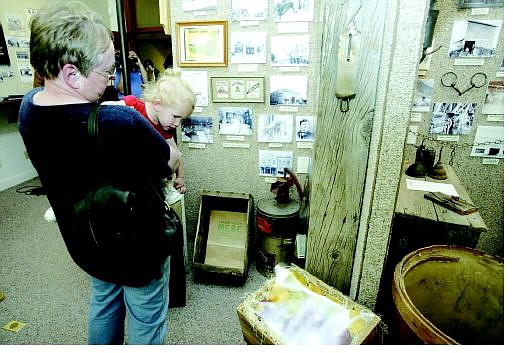 Shannon Litz/Nevada Appeal Eighteen-month-old Masen Schacht checks out the Gardnerville display at the Carson Valley Museum and Cultural Center Monday. She is being held by her great aunt Dianna Balda.