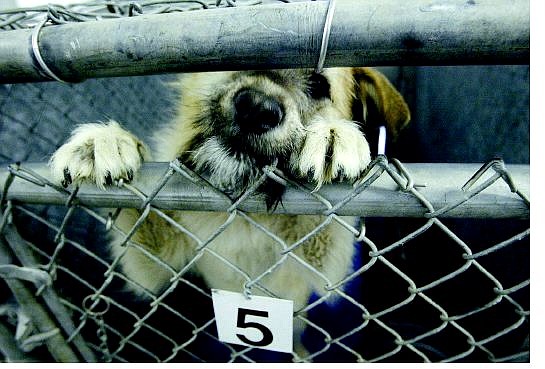 An 8- to 9-month-old female terrier mix waits for a family at the Lyon County Animal Shelter in Silver Springs Wednesday.