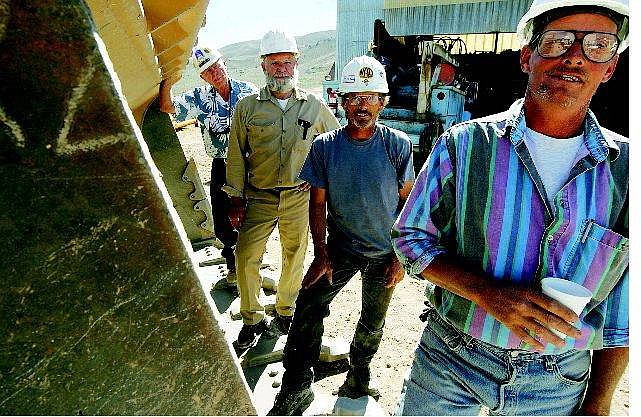 BRAD HORN/Nevada Appeal Victor Evans, from front, John Evans, Mike Donovan and Bob Turner pose next to a frontend loader made by Kawasaki at the Plum Mine on Thursday. Donovan&#039;s grandmother was born in Gold Hill in 1863 and he poured his first gold in the area in 1955.