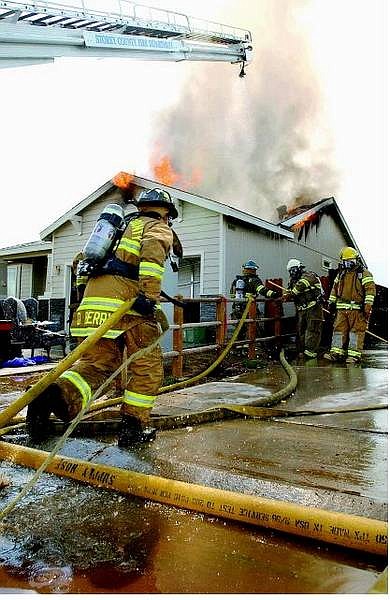 Rick Gunn/Nevada Appeal A firefighter runs with a hose toward one of the houses fully engulfed by flames Friday.