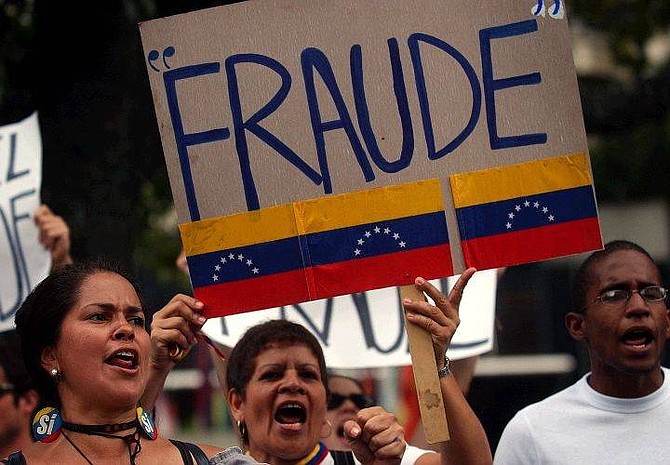 With a sign saying &quot;Fraud&quot; people protest outside of a hotel in Caracas, Venezuela Monday Aug. 16, 2004 over the victory of Venezuelan President Hugo Chavez in the Aug. 15th recall referendum against his rule.(AP Photo/Dario Lopez-Mills)