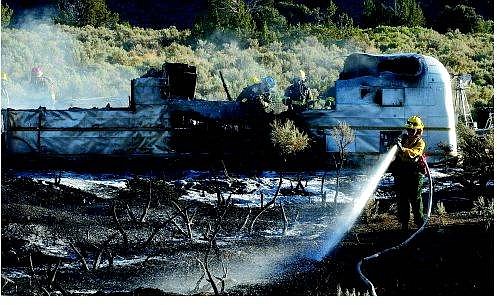 Rick Gunn/Nevada Appeal Emergency officials work to mop up the remains of a trailer fire in Mound House Tuesday evening. The structure was fully involved and caught the surrounding brush on fire before it was contained.