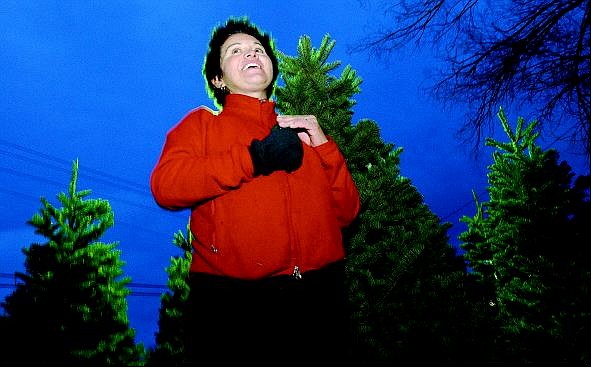 Rick Gunn/Nevada Appeal Mariana Sepulveda-Nichols, owner of a Christmas tree lot on Highway 50 East, talks about trees stolen from her lot. She said she is willing to help out people in need.