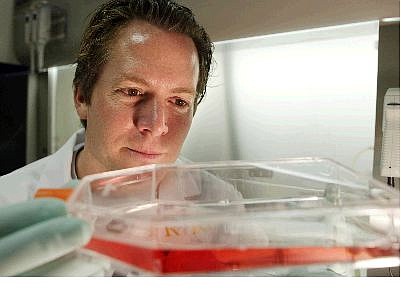 AssociatedPress University of California, Irvine, researcher Hans Keirstead holds a special bottle with human embryonic stem cells Dec. 7 in his lab at the Gillespie Neuroscience Research Facility in Irvine, Calif. In his cramped labs, paralyzed rats have been made to walk with stem cell injections.